Dallas Texas For the 50 anniversary of the ACM’s Sunday the final Day We went to where Kennedy was assassinated. My conclusion is that Lee Harvey couldn’t have made that shot, he was a patsy, and was killed to keep him silenced. The killer took the shot from the knoll with a take down early version of an M4, escaped via parking lot behind knoll.

I Met LoCash CowBoys and Parmalee, JT Hodges & RaeLynn at our hotel as we were getting ready to head over to Cowboy stadium for The ACMs. 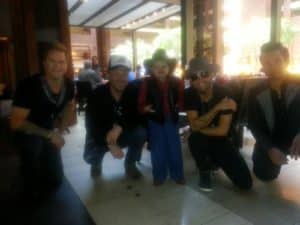 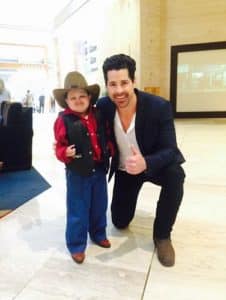 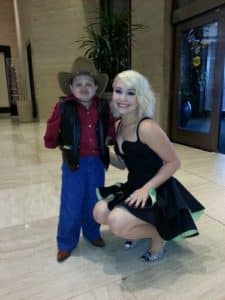 at our hotel as we were getting ready to head over to Cowboy stadium for The ACMs.

When we got there, we Met with Nichelle Zolezzi “Z” who is Bob Romeos Assistant, 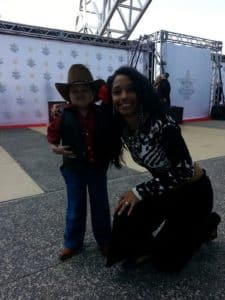 Up in our suite in Cowboy Stadium The nice Dallas PD officer we met the day before came up and gave me a Dallas PD challenge coin, also met a former Texas Highway patrol who assisted the Ranger company B Law enforcement group and found out the truth behind the famous white Ranger cowboy hats, the show was really good. 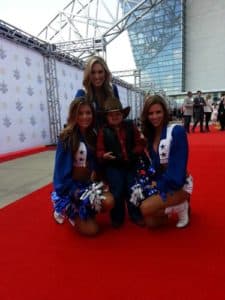 Ryan Klesko came up to our suite with some buddies and chatted awhile with us.

My personal favorite performances were George Strait duh he’s The King of Country! Garth Brooks, Miranda Lambert, sadly Taylor Swift didn’t sing. To be fair they were all very good. We went to the after party but it was cold so we decided to leave shortly after arriving then as we were leaving we ran Into Hannah and Lillie again but we were looking to say bye and to thank Bob Romeo as we were leaving we found him tucked away in a corner talking to some people.

Bob Romeo then invited us to his RV and invited me back personally to the ACMs next year.

We then met Jason Aldean outside of his bus and took pictures together.

then got on Bob Romeos bus where Big & Rich came and joined for a few minutes and John Rich said he was going to get me a new pair of boots because he liked my new Caiman crocodile boots so much and he would get his 83 yr old grandmother to Rhinestone them like his.

Note to all readers most of the we’s in this blog are referring to our group which was: Steve Kupcha, Erin Kupcha, Dean Cummings, Kristi Cummings, Michael Proscia, Michael/s date Lisa who turned out to be a FBI Analyst, Russ Holden & I.